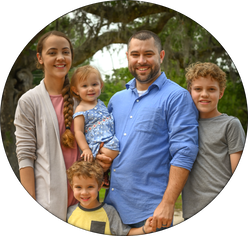 Pastor Austin Huggins
Austin served in the US Navy as a Sonar Technician aboard Submarines. As a young veteran, unsaved, he moved to Panama City to be near his ailing mother as she fought a losing battle with lung cancer. Her loss was one of several others during a period when He was faced with his own wickedness and hopelessness. During this period of great breaking, The Lord Jesus Christ granted him repentance, faith, and transformed a prideful and perverse drunkard into a witness of the cross of Christ. Today by God's redeeming grace, Austin is the husband of Britney and the father of three children. He labors as a local pastor, preacher, and is heavily involved in foreign missions work as the Executive VP of FirstLove Ministries.
Austin's Testimony 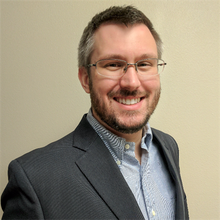 Pastor Stephen Ringl
Pastor Stephen has served in Christian ministry for over 12 years and has been the pastor of FBC Bagdad for the last 5 years. He is married to Cassie Ringl and is the father of 5.